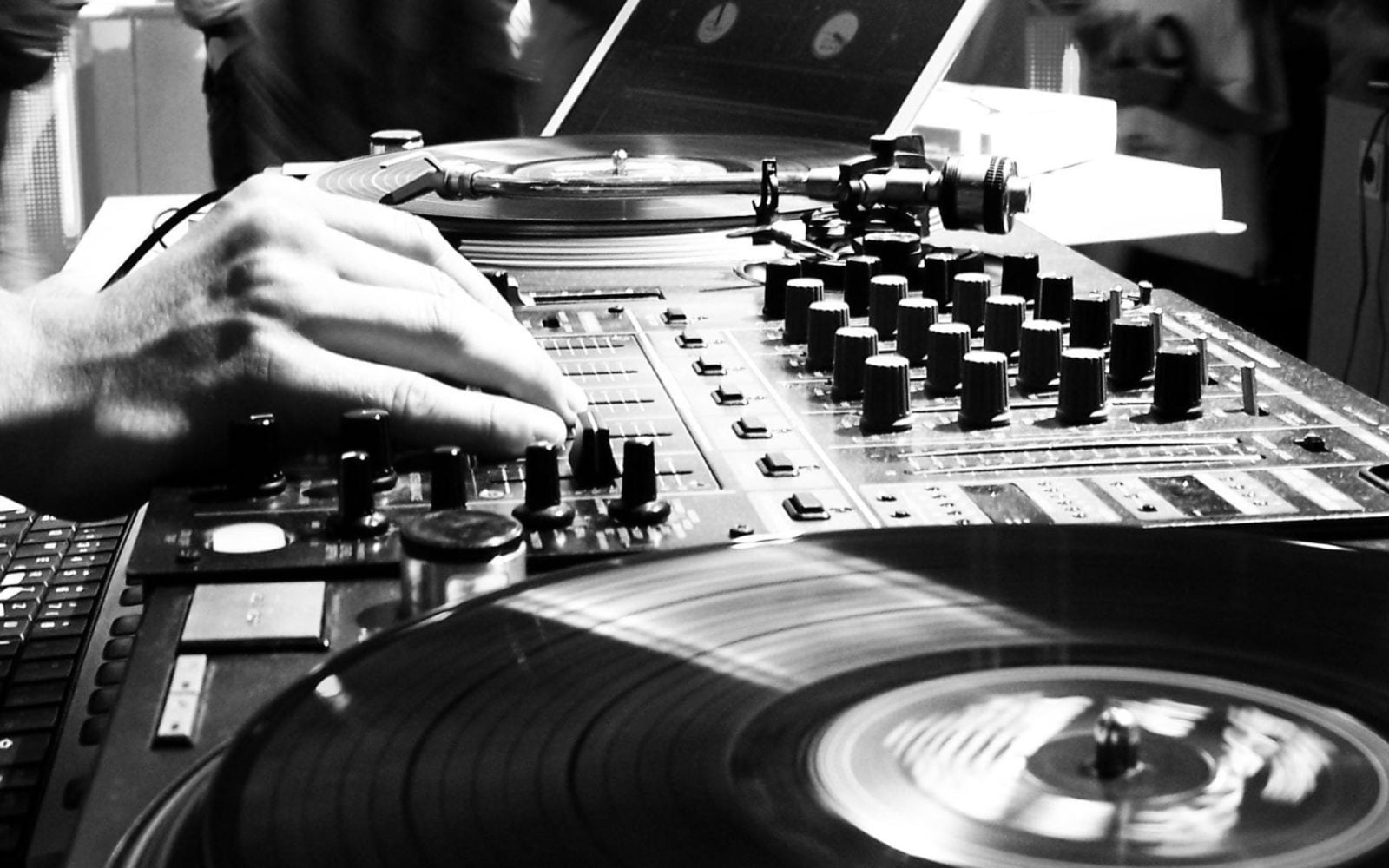 I know this might seem like a stretch, but I am going to call Thomas Edison the first DJ ever. He certainly didn’t rock parties like the DJs we know today, but it is safe to say that his invention of the phonographic cylinder paved the way for future Disk Jockeys everywhere. The phonographs that followed Edison’s invention were eventually mass produced. This became the first time in history the general public was able to purchase and own recorded music. Prior to this if you wanted to hear music you would have to play it yourself, or listen to someone else play it live.

The modern DJ’s role as a performer who creates a seamless and extended mix of music for a dance party or club atmosphere, was first heard in 1935, it was a reference to a radio announcer named Martin Block. Block had a radio show called “Make Believe Ballroom” where he pretended to broadcast from a ballroom, playing all the new and popular dance songs.

In 1943, the DJ first made his move from the radio to live performance. This credit goes to Jimmy Savile. Jimmy Savile was England’s version of Casey Kasem. He was a radio and TV personality who hosted the BBC’s music chart show “Top Of The Pops.” It was in Otley, England when Savile organized the first DJ dance party where he played jazz records. Savile also claimed to be the first person to ever use two record players to keep the music going, however this is not a verified claim.

In the years that followed; radio personalities were making live appearances at dances, sock hops and other social events. Often the radio DJs would appear with bands, some with just records and sometimes a combination of records and a drummer. The drummer would play a beat while the records were being changed. In 1947, the first discotheque opened in Paris, this lead to many more opening throughout Europe and the US.

There was another very important movement taking place during this time in Kingston, Jamaica known as the The Jamaican Sound Wars. It began in the 1950s, when various promoters would build huge walls of speakers, load them on a truck and take them to various parks and jam. Although the size and the volume of the sound systems were important, what really mattered was who had the hottest, newest songs. A unique addition to the sound battles was the introduction of toasting. In Jamaica, the person playing the record is know as the “selector,” the person on the mic is not the emcee, but the DJ. So in toasting, the selector would play tracks for the DJ to rhyme over. Toasting, is what would eventually help bring Hip Hop to life.

Two important events happened in the early 70’s. In 1971 an audio engineer by the name of Alex Rosner built what would be considered the first DJ mixer. The mixer is the piece of equipment that sits between the two turntables and allows DJs to seamlessly mix two records. This gave the DJs additional creative freedom and helped the disco scene grow. DJs held residence at nightclubs around the world and began to have followers and fans. 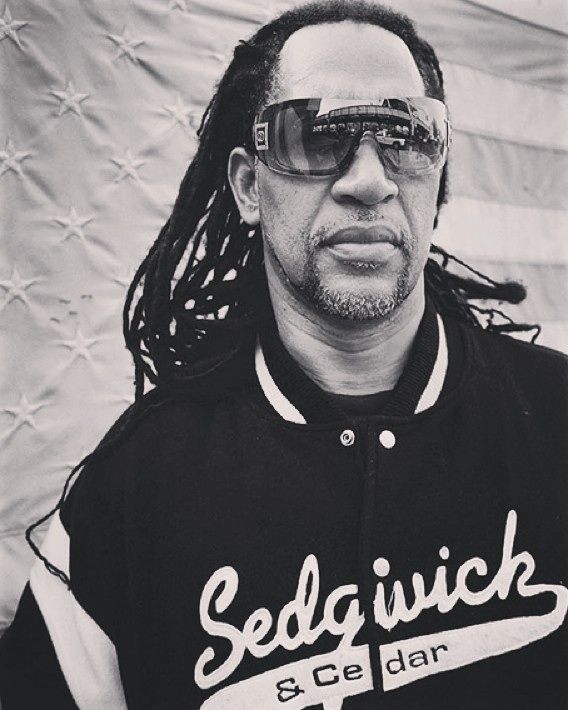 The second important event to come out of the early 70s is the birth of Hip Hop. Born out of the gang violence in NYC during the 1960’s, B-Boy battles slowly began to replace gang fights. At the center of these battles stood the DJ. The first of these DJs was DJ Kool Herc. Herc, of Jamaican descent took the same idea of the Jamaican sound wars to the Bronx. Here he would bring the sounds to the parks, and rec centers and throw parties where the B-Boys would go battle. Followed by the likes of Afrika Bambaataa and Grandmaster Flash, these pioneers developed a new way of spinning records, similar to the parties that were happening in the disco scene, except all the action was on the dance floor, not on stage. These DJs would keep the party going by assuring that the music would continue playing by mixing one song into the next and by looping the percussion breaks in the song (where the term breakdancing comes from). Similar to toasting in Jamaica, the DJs at these parties would often have emcees recite rhymes over the beats to hype up the crowd. This is the beginning of Hip Hop as we know it today.

In the mid 1970s, Grand Wizard Theodore accidently discovered the “scratch” on the record. According to Theodore he was practicing in his room when his mom came in and asked him to turn it down. He put his hand on the record to stop it and as he moved it back and forth he heard the sound it made in his headphones and was intrigued. He developed this technique and eventually unveiled it in 1977. This opened the door to turntablism, which would eventually become a sub genre in DJing.

The 80s were witness to great growth for DJs. Advances in technology gave DJs even more tools to enhance their creativity. DJ mix shows became a norm on many radio stations in large markets. The DMC competition was born in the mid 80s in London. The DMC is a turntablism competition that hosts heats in cities around the world. The winners of those heats then compete in regional, followed by national and finally a worldwide champion is crowned. Also in the 80s, DJs began to replace bands at weddings, sweet sixteens and other events. Additionally, we saw the birth of the mixtapes during this time. However, the biggest move for the DJ in the 80s is the move from playing someone else’s music to producing their own songs. Early Hip Hop DJs who also produced their own tracks included Afrika Bambaataa, Marley Marl, Eric B and Dr Dre. Outside of Hip Hop a new movement came out of Chicago known as house music. House music is credited to Frankie Knuckles who is still recognized as one of the best DJs of all time. Following the Chicago House movement is Detroit Techno, these two genres would eventually lead to what today is known as EDM. 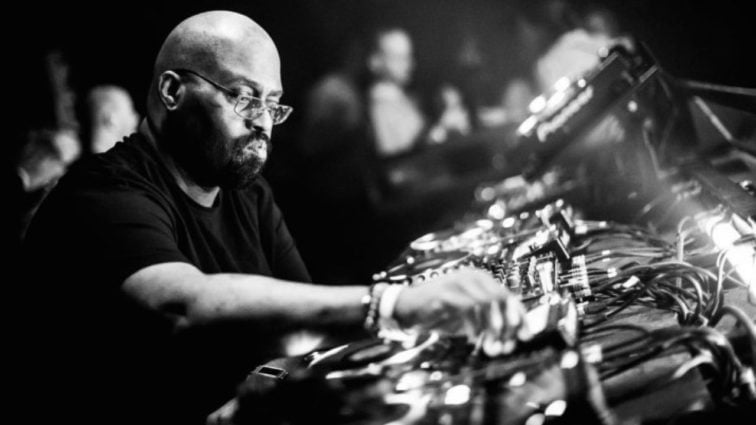 The 90s ushered in the rave scene which provided many opportunities for EDM DJs, some of whom would become today’s mega stars that headline festivals worldwide. However, in Hip Hop the DJ slowly began to disappear to the background and the MC took center stage. Some of these DJs continued to perfect their craft and helped grow the turntablism movement. Others found a home in new genres such as rock. Even though tapes disappeared and CDs were the norm, the term “mixtapes” continued to be used. Many DJs were able to forge a career based solely on their mixtapes including: Clue, Drama, Kay Slay, Funkmaster Flex and many more.

In 1998, the first MP3 digital audio player was released. The “Final Scratch” system developed by N2IT shipped it first working units in early 2002 and DJs were spinning on digital vinyl by mid 2002. While it would take sometime for this novel concept to catch on with the “die hard Vinyl DJs”, This would soon become the first step in the new Digital DJ revolution.

In 1999, Shawn Fanning released Napster, the first of the massively popular peer-to-peer file sharingsystems. During this period, the AVLA (Audio Video Licensing Agency) of Canada announced an MP3 DJing license, administered by the Canadian Recording Industry Association. This meant that DJs could apply for a license giving them the right to perform publicly using music stored on a hard drive, instead of having to cart their whole CD collections around to their gigs.

In 2000s the introduction of the Pioneer SVM-1000 Audio and Video Mixer and other high tech digital sound mixers made a whole new culture of disco DJ integration. The proliferation of Internet technologies have also created a culture of disc jockey enthusiast groups. DJ battles imitating the events on the game gave the DJ industry a more competitive phase. The DJ industry has become increasingly about the atmosphere that goes along with a performance. Now not only does the DJ show deal with music and mixing but also lights and effect go along with it.

Today, aspiring DJs don’t need a huge collection of vinyl records in order to be competitive. New software allows novice DJs to perfectly mix two songs together with little effort. Internet radio has made it possible for anyone with a broadband connection to broadcast their mixes. However, in spite of all these advancements, the essence of the DJ has not changed. DJs introduce us to our favorite songs. DJs play the first songs at our weddings. DJs create the party mood at parties everywhere. DJs play the soundtracks of your life. Respect the DJ.

8 best DJ headphones 2021: step into the booth with confidence